skip to main | skip to sidebar

We were over the moon to be included in Glamour.com's Top 100 Summer dresses not only once but a fabulous 6 times!
At number 9 was the Peony Dress in Pink 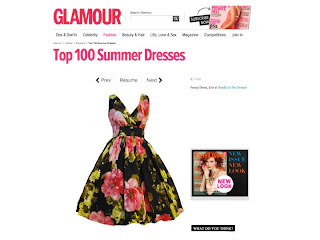 At number 26 was the Frenchie Dress 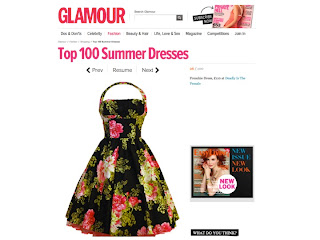 At number 28 it was the Vera's turn to shine 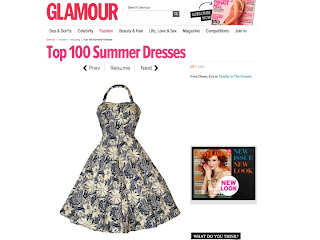 Next up the Veronica dress was featured 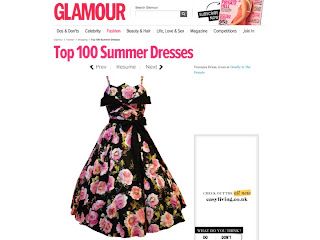 Next up was the Peony Dress in Yellow at number 38 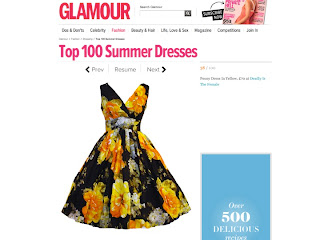 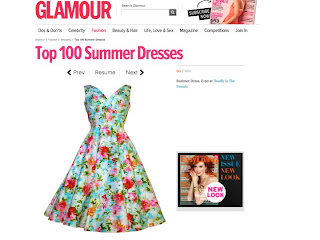 Seems Glamour Magazine loves floral 50's style dresses just as much as we do!
We have more dresses arriving this month so be sure to keep checking back in with us - you can keep up to date quickly & easily with the Deadly Facebook Page.
We also are now on Pinterest - you can view our boards here - including our ideas for future photoshoots with hair & make up, our personal style and more!
Read More
0 comments

Behind The Scenes At A Deadly Photo Shoot

Even in the early hours of a Sunday morning, the Deadly is the female team is able to ooze glamour and class.  On Sunday the 15th of April, our resident photographer, Kevin Mitchell, turned the shop floor into a professional photographic studio in preparation for the most recent photo shoot for the Deadly is the Female website.

Trying out a new light which picks up a lot of intricate detail, Kevin charged into action, taking over 600 shots! 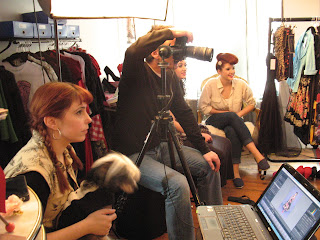 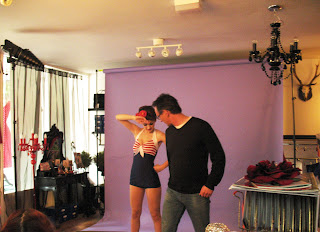 After a little coaching from 'male model' Kevin, the Deadly models Sarah Wingrove, Hannah-Jo Pierce and Lily Knibbs rocked their poses and strutted their stuff. 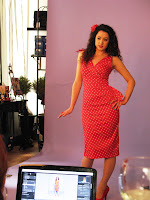 Many new items were photographed, (which will be coming to the website soon) and some of them caused a bit of a stir amongst the girls, like the red and white polka dot 'Glamour' Dress, modelled here by Hannah and the beautiful coral 'Miranda' Dress modelled by Sarah. 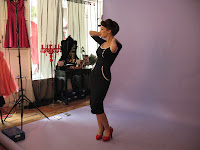 And the stunning 'Dita Dress' modelled here by Lily.  The Dita Dress was named after the Burlesque beauty Dita Von Tease, as she was seen wearing it recently.  We think Lily models it just as well as Dita, what do you think? 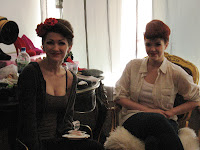 The styling premise for the shoot was 'Big Hair' and red lips and our resident hair and makeup artist, Lolita Noir certainly delivered that with Lily's reto Beehive and Sarah's exaggerated quiff.
Lipstick and Powder were from the long-lasting Besame range which certainly kept to their promise.  The 'Besame Red' and 'Redhot red' lipsticks only had to be reapplied once, and that was after the models had eaten!  They really are long lasting lip wear. 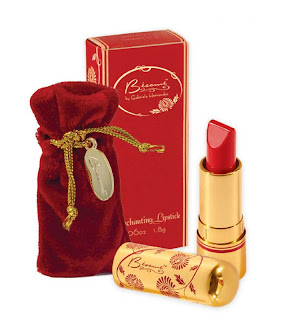 One of the models remarked that it was just like ‘playing a big game of dress up’ and was having so much fun with the deadly team that it didn’t matter that it was early on a Sunday morning!

Here are a few more shots from the day: 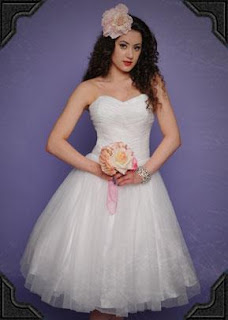 Introducing Hannah Jo-Perry, our model virgin our new line of Wedding style dresses, this one is the 'Grace' dress.  You wouldn't know from this photo that this was her first time in front of the camera! 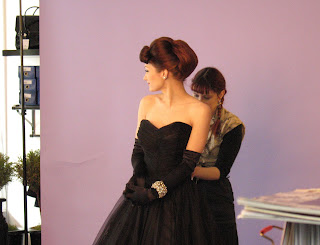 Claudia Zipping Lily up in the stunning 'Tempest' dress. Lily is another newbie to Deadly is the Female but has modelled previously. 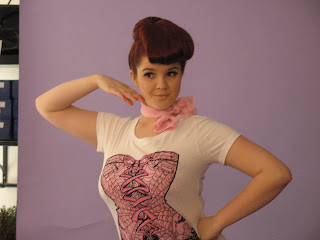 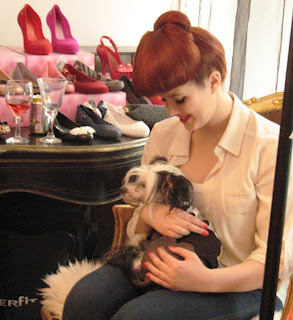 Sarah and Gogo having cuddles

Deadly is the Female...... Glamour central on a Sunday morning!

Deadly is the Female
Deadly is the Female is a boutique & webshop specialising in 40s/50s style pin up, burlesque and femme fatale fashion - we have EVERYTHING a pin up could need...and now you can read a little bit about what we get up to!